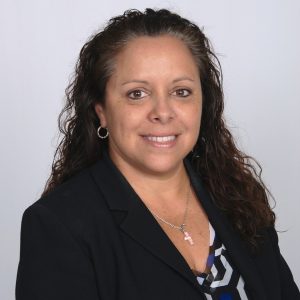 Lorena Mastrarrigo was born in Buenos Aires, Argentina and moved to Florida as a child. She attended and graduated from the University of Central Florida in 1996 with a major in Political Science and a minor in Psychology. Lorena continued her education at the University of Miami, School of Law. In 1999, Lorena received her Juris Doctorate.  Lorena has worked in the public sector for most of her career.

For many years, Lorena has defended the criminally charged clients whose primary language was Spanish.  For the last year and a half, Lorena has been training new hires and felony attorneys at the Office of the Public Defender.  On September 1st, Lorena was promoted to Chief Assistant Public Defender in charge of training and recruiting.

Lorena is a past President of the Broward County Hispanic Bar Association. A past panel member to the 17th Judicial Circuit Professional Panel appointed by the Chief Judge.  Lorena currently serves on the Executive Board for The Hispanic Vote as its Secretary.

Lorena is the recipient of the 2017 Hispanic Women of Distinction Award.